We’re still here for you! Some of our team are working from home & phone diversions are in place delaying our ‘3 ring rule’, so please don’t hang up!

Once upon a time film viewers had to content themselves with the passive experience of sitting in a darkened room and munching on some mediocre multiplex popcorn for a couple of hours.

Those days are long gone; recent years have seen a rise in imaginative, interactive ways to enjoy releases both new and old. None are more extravagant than Secret Cinema who put enormous effort into converting abandoned spaces in London into immersive “worlds” from iconic films before inviting punters to take part. 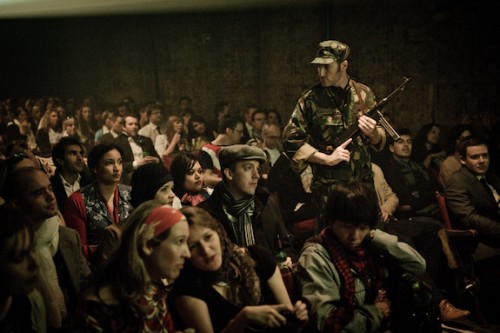 Summer is also a time for outdoor screens and fascinating festivals that expose audiences to exciting future creative talent spanning genres and cultures. To help you plan, we’ve put together a guide to some of the capital’s unmissable cinematic events from June to August.

Any independent film lovers will be well aware of Robert Redford’s hugely influential Sundance Film Festival that’s been catapulting classics like Reservoir Dogs and Little Miss Sunshine to the mainstream from snowy Utah since 1978. The good news is there’s no need for a transatlantic flight or a winter coat as a revamped London edition of Sundance is heading for the plush Picturehouse Central in Soho between the 2nd and the 5th of June. A juicy programme packed with carefully curated short films from the UK as well as highly anticipated US releases won’t disappoint. Our serviced apartments is Soho also happen to be just a five minute walk away. 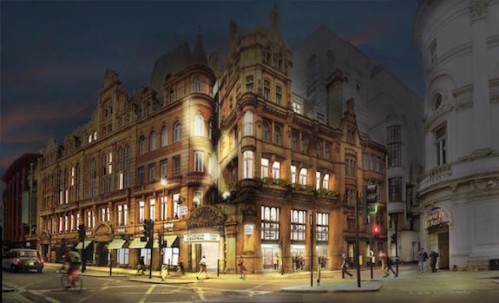 Away from the star studded prestige of Sundance is a home-grown event in the form of the East End Film Festival, which takes over iconic independent venues including local favourite Genesis Cinema and cool industrial spots like Oval Space. The hugely popular event attracts audiences of over 30,000 each year with its offering of prestigious premieres, master classes and live events attracting big name panelists from Hugh Grant to Wu-Tang Clan’s RZA. Many of the venues are just 15 minutes away from our serviced apartments near Aldgate.

July sees the return of a classic for eighties film lovers as Secret Cinema brings Dirty Dancing back to London after a wildly successful run in 2013. Those of you looking to escape to the sunny Catskills to dance the night away will have to move fast, as early events are already sold out. You’ll need your very best vintage fancy dress to fit in with the stylish sixties crowd, and make sure to bring a partner and stretch beforehand as things are likely to get raunchy...

Those in search of something less commercial but no less captivating should head to Shuffle Festival on the 9th of July, taking place within the peaceful, secluded urban greenery of Tower Hamlets Cemetery Park. It is a celebration of sustainability and community complete with solar powered outdoor screens and treehouse restaurants, it’s a festival experience like no other. You also have the option of staying in our serviced apartments in the City, ideally located just over 20 minutes away by public transport. 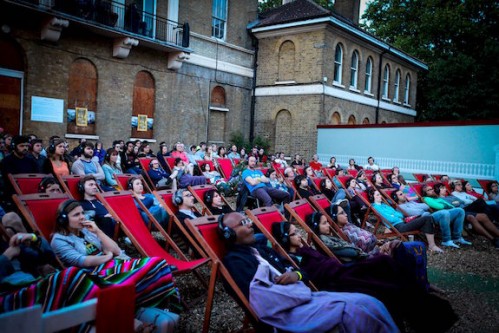 Fans of South Asian cinema won’t want to miss London Indian Film Festival taking place between the 14th and 24th of July at venues across the capital. If you’re expecting Bollywood blockbusters then think again, with the programme celebrating genres from across India’s gigantic industry from Bengali art-house features to comedies and documentaries.

Explorers and escapists will delight in the Adventure Travel Film Festival which mixes camping in an idyllic green belt location with outdoor screens showing independent features that will transport viewers into undiscovered corners of the globe. There’s even a swimming pool on site to add to the holiday atmosphere.

If you’d rather keep things central then the Film4 Summer Screen at Somerset House is always a treat. London’s largest outdoor screen will be showing British cult-classic Trainspotting to celebrate its 20th anniversary. Fans of the film should check out the accompanying Behind the Screen talks from industry bigwigs divulging the details of their craft.

Audiences looking for more challenging viewing should check out the London Feminist Film Festival, with its varied selection of thought provoking features celebrating women filmmakers and aiming to inspire future generations of female artists. Screenings take place at Dalston’s handsome Rio Cinema which is well worth a visit for its impressive interior alone.

Across town in Shepherd’s Bush, Halloween may be a long way off but that won’t stop thrill seekers from heading to FrightFest, the UK’s largest dedicated horror fantasy film festival. Acclaimed Pan’s Labyrinth director Guillermo Del Toro referred to the event as “the Woodstock of Gore” making it a no go for squeamish types but unmissable if you’re craving some shock factor. It’s also easily accessible from our serviced apartments in West London.

Portland Brown really went out of their way with making me feel at home. They provided me with sweet welcome packages and valentine notes, and their cleaning was spotless. Communication with the customer service was easy.

When I got sick with a flu, a Portland Brown personnel checked in on and even brought me some food which I couldnt have bought on my own due to my weakness.

The flat was fabulous; everything was perfect and the staff was very friendly and helpful