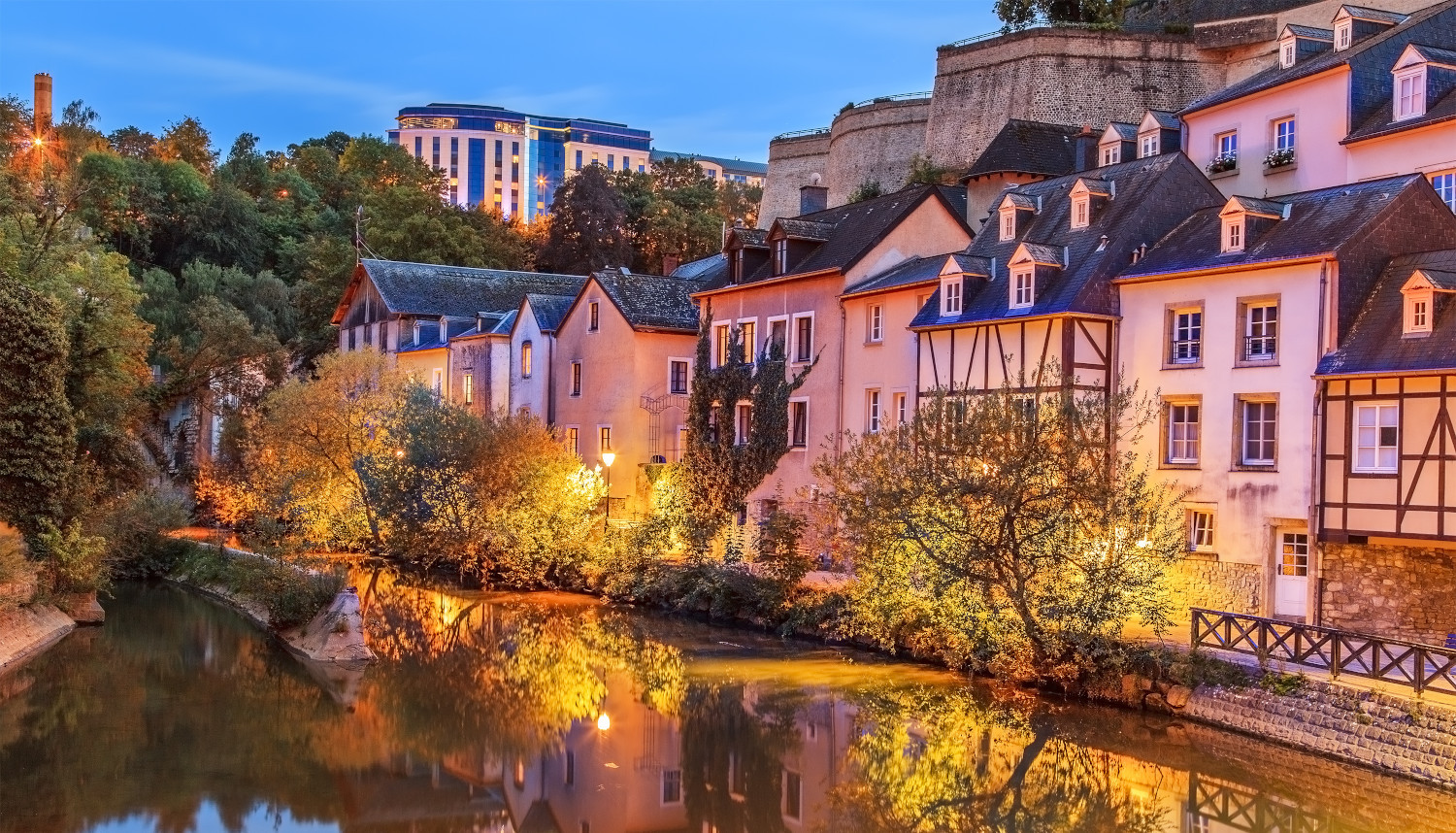 Our Guide to Life In Luxembourg

It's a Thriving International City

Sandwiched right in the heart of Western Europe, Luxembourg is a true European hub. The country is a magnet for European institutions and top financial firms so it might come as no surprise that Luxembourgers have the 4th highest incomes in the world.

It’s also extremely international. Because of its central location, other hubs like London, Paris and Frankfurt are just an hour’s flight away and 60% of the people in Luxembourg City are foreigners, making it an ideal location for expats.

Even though it’s grown into a major hub, Luxembourg has managed to preserve a more relaxed pace of life. Luxembourg City is known for being quieter and cleaner than other European capitals, its rich cultural scene and its high quality of life. Need proof? Look no further than its consistent high life satisfaction scores or even its ranking as the safest city in the world in 2019.

The Food and Drink

Luxembourgers love their food and drink. In fact, Luxembourg City has 12 Michelin starred restaurants, more per person than any other city in the world! You could take in the opulence of La Cristallerie, with its gold leaf and stained glass windows or, for something more relaxed, you could enjoy the calm atmosphere and hearty food at La Langue Sourit (which literally means “my tongue is smiling”!).

There’s Loads to See and Do

Luxembourg is rich in culture and history so you’ll never be short of something to do on the weekend. No visit to Luxembourg is complete without visiting one of the country’s stunning castles. It’s got more than 50 to choose from, including Vianden, a stunning 11th-century gothic castle perched on the top of a mountain.

If you’d rather take in some natural beauty, Luxembourg has plenty of that too. The Luxembourg Ardennes are less than an hour’s drive from Luxembourg City. The area is packed with dense forests, picturesque villages and stunning gorges.

Excellent service, a couple of times I needed support at short notice and both issues were resolved within hours. Next time I would definitely rent my apartment via Portland Brown again. Thanks a lot, peeps!

The appartement was very comfortable and everything that I needed was provided. Portland Brown was very reactive to my requests and solved each problem I encountered quickly. The cleaning service was very good.

Staff very responsive for all our needs. Thanks you.

It was the best apartment I have ever lived in!

The team at Portland Brown provided us with an excellent service from pre-meetings, to reception and continuously through the process right up to departure. It made coming back for our 2nd stay an easy choice.

Safe location, comfortable modern apartment. The furnishings are apt, level of cleanliness is very high. The staff were also helpful for all queries and requests. Smooth checkin and checkout

Lovely appartment and the staff could not have been more charming and helpful.