A Brief History Of Fleet Street

During the 18th century, along a traffic-choked street, caked with mud, the home of British journalism was born. Today, long after the last newspaper office has left for pastures new, Fleet Street remains a term synonymous with the industry.

The East London street’s first news office, The Daily Courant, was also England’s first daily newspaper. Its building stood on the banks of the River Fleet; a rancid flow of water, often clogged with sewage, dead dogs or suicide victims. 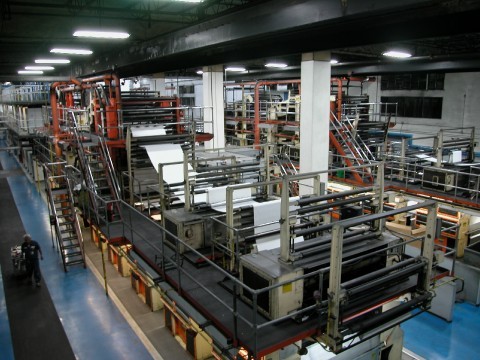 But between the launch of The Daily Courant, set up in 1702, and the 1980s when the area’s reputation as the country’s journalism hub began to decline, the street was transformed into a gleaming emblem of industry success and journalistic decadence. Walk in the footsteps of hacks of old and stay in our Lombard Lane serviced apartment nearby.

All the major newspapers relocated to Fleet Street - from The Times to the Daily Telegraph. Other offices were pushed out, particularly after regional newspapers such as The Yorkshire Post and the Manchester Guardian moved here too. Reuters News Agency was the last to leave in 2005 and its departure marked the end of an era.

Even at the beginning of the 1700s, the street had a long tradition of publishing. This was where London’s first printing house opened in the 15th century and St Paul’s Churchyard was known for its booksellers.

The British press boom began in 1695, when censorship laws expired. They expired almost by accident; neither the Whigs or the Tories - the two main political parties at the time - trusted each other to come up with a new set of rules so press freedom was a necessary evil, bred out of political stalemate.

Over the next 50 years, the British newspaper industry exploded. By the mid 1730s, there were six daily newspapers, 12 tri-weeklies and 13 weeklies. The average combined weekly circulation was high; at about 100,000. But Londoners saw ‘balanced’ papers as fake and boring.  They wanted headlines that grabbed you; they wanted bold opinions – some things don’t change. 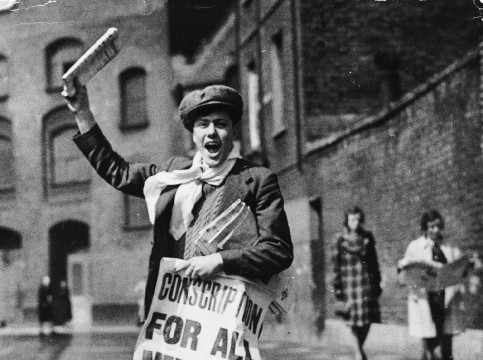 Back then, Londoners were obsessed with the news. Class wasn’t an issue; lively discussions about current affairs stretched across the city - from the sawdust covered boozers to the upper-class drawing rooms. Tourists were shocked at how workmen would start their day in the coffee-houses, reading the daily news.

Less educated Londoners did not let their lack of literacy stand between them and the news - instead they would beg someone literate to read the paper aloud.

Fleet Street was the main connecting road between the commercial City of London and the political hub of Westminster. Politicians and financial bigwigs would often stop here for a drink in one of the streets many alehouses, taverns and coffee houses. Journalists used this to their advantage, hanging around, eavesdropping as much as they could.

Once the British newspaper giants were settled in their Fleet Street offices, debauchery began to gather pace. The entire street became a gentlemen’s club - sub-editors could be found drinking in The Printer’s Devil; sports staff in The White Swan. At El Vino (which can still be found today on Fleet Street), where most editors did business over a bottle of Claret, women were not to be served at the bar and ties were essential.

Back then, newspapers were over-staffed and rolling in money. Larger-than-life characters filled the offices, their madness fuelled by alcohol. Drinking formed a major part of life on Fleet Street and each newspaper had its own pub.

As the newspapers gradually moved to new, more hi-tech offices in Southwark or further east, Fleet Street began to mellow. Today there are far fewer late night conversations, fuelled by whiskey, putting the world to rights. The printing offices have been replaced by blue plaques and although El Vino remains, other drinking haunts have been transformed into restaurants or disappeared completely.

For curious tourists, Fleet Street is still a fascinating place to explore. The Magpie Alley mural documents the street’s press history and the St Bride Foundation library is dedicated to the world of printing. The blue plaques point out where the first edition of The Sunday Times was edited. The plaques on the pavement remember figures like Charles Dickens who worked as an editor of The Daily News for several years. The Sun headline announcing the death of Elvis is also printed into the pavement.