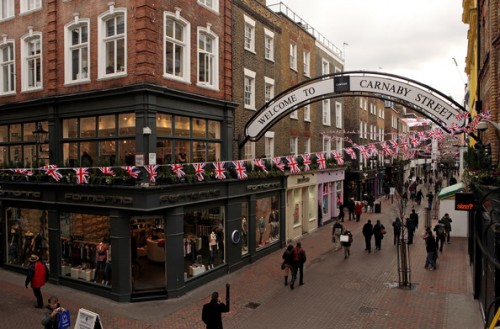 Located in London’s West End, Soho is a small multicultural area of the capital that is home to a range of industry, commerce and culture.

It is renowned for being an entertainment district due to the pulsing nightlife, live entertainment and film creatives that reside here. However, more recently it has been regenerated into a fashionable corner of Central London with an array of upmarket restaurants to choose from, quirky shops to discover and trendy media offices to work at.

It is also home to some of London’s greatest landmarks, including Leicester Square, Piccadilly Circus and Carnaby Street.

Whether you’re staying in the area or coming to explore it with your time off from work, you’ll soon succumb to Soho’s irresistible charms.

What to do in the evenings?

If you’re looking for something fun and exciting to do after a hard day at work then Soho is the perfect place to be as there’s always something going on.

You can find an abundance of live theatre and performances in Soho which range from big-budget musicals and local plays to eclectic cabaret and comedy stand-ups. Café de Paris is a Moulin Rouge-style ballroom that hosts live music, risqué entertainers and the annual London Burlesque Festival since it opened in 1924. It even doubles up as a restaurant on Saturday nights to make the most out of its iconic nature. It attracts a range of clientele from corporate types to famous faces including Prince and P Diddy.

The music scene in the area is widely popular and can be traced back to 1948 with the opening of Club Eleven which is revered as the birthplace of modern jazz in the UK. Clubs such as Ronnie Scott’s still offer great jazz nights and has had some of the greatest names in the industry perform on this historic stage, such as Stan Getz, Buddy Rich and Art Blakey. However, for something a bit more light-hearted and interactive, why not try out your musical skills at the Lucky Voice karaoke bar which is great for sociable evenings.

Reflecting the vibe of the area, food in Soho is a mixture of quirky and traditional with both simple and opulent dining spots to suit all tastes. Kettners is an elegant restaurant that boasts a fantastic French menu and a Baroque champagne bar with over 100 producers on the list. It often has live jazz playing from the grand piano to set the ambiance while you eat and the décor is reminiscent of vintage 1920s.

For cheaper but delicious snacks, Bar Italia proves perfect with locals especially as it is open all day and all night, 24 hours a day. This traditional Italian café serves authentic pizza and pasta dishes and is decked out with cultural references making it a perfect escape from the hustle and bustle of London life.

What to do at the weekends?

Soho is renowned for its range of quirky shops which include vintage boutiques, established record stores and haberdashery shops. However, with some of the world’s best designer fashion labels now residing in the area as well, Soho has steadily become one of London’s leading fashion districts.

You can find some of the best and latest fashion pieces alongside design classics at Liberty, edgy cult skate wear brands at Supreme, impeccably designed staples at YMC and  a mecca of vinyl at Sister Ray. Additionally, there are a huge range of individual shops to explore at Carnaby Street allowing there to be something for everyone.

If you’re looking to get away from the crowds at the weekends then look no further than Soho Square which is home to a park and garden area which dates back to 1681. You can come here to take a quiet stroll around the square or to simply people-watch from one of park’s benches making it a great place to unwind after a long week at work. Moreover, at the centre of the garden is a distinctive gardener’s hut which hosts free open-air concerts during the summer, attracting a wide variety of locals and visitors.

Chinatown is a must-see area of Soho that contains a number of Chinese restaurants, bakeries, supermarkets, souvenir shops and other Chinese-run businesses where you’ll find a range of goods and flavours you can’t find elsewhere. Aspiring chefs can find a range of authentic Eastern ingredients to experiment with, while tired shoppers can enjoy reflexology treatments from dedicated Chinese specialists in the area.  If you’re hungry, Chinatown is saturated with almost 80 restaurants to choose from so it’s a great place to be at the weekend.

Due to Soho only covering about one square mile of the West End, it’s easy to get around and explore on foot.

However, for those coming from other areas of London or for residents commuting to the City, Soho has a number of great transport links to get you around. The London underground stations, Piccadilly Circus, Oxford Circus, Tottenham Court Road, Leicester Square and Covent Garden cover a range of lines on the tube system and can quickly get you around the capital. For more information on London tube transport, visit: TFL tube map

The City: A Visitor's Guide